Smart Surveillance: How to Interpret the Fourth Amendment in the Twenty-First Century 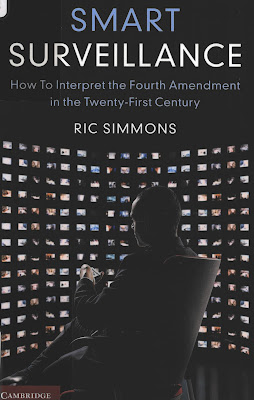 Over the last decade, law enforcement agencies have engaged in increasingly intrusive surveillance methods, from location tracking on cell phones to reading metadata off of e-mails. As a result, many believe we are heading towards an omniscient surveillance state and irrevocable damage to our privacy rights. In Smart Surveillance, Ric Simmons challenges this conventional wisdom by taking a broader look at the effect of new technologies and privacy, arguing that advances in technology can enhance our privacy and our security at the same time. Rather than focusing exclusively on the rise of invasive surveillance technologies, Simmons proposes a fundamentally new method of evaluating government searches -- based on quantification, transparency, and efficiency -- resulting in a legal regime that can adapt as technology and society change.

Contributing Negligence in the Twenty-First Century 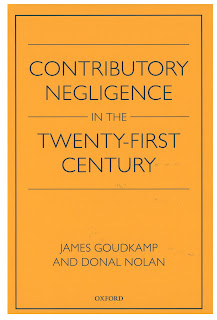 Despite the centrality of the contributory negligence doctrine in practice, almost nothing is known about how it functions in reality. The authors, seeking to fill this deficit in understanding, have undertaken a wide-ranging empirical study of how the doctrine is handled by the courts. They report their methodology and findings in this volume, framing their discussion within the law of contributory negligence.

The study is based on 572 first instance decisions on contributory negligence from across the United Kingdom decided between 2000 and 2016, and 129 appellate decisions handed down in the same period. The analysis considers the operation of the contributory negligence doctrine at first instance and on appeal, and in a range of contextual settings, including road accidents, accidents at work, and professional negligence claims. The authors also consider how the study can be used to inform future developments in this area of law. Substantial appendices set out the key data on which the book is based, enabling academics to utilize the dataset in their own research and allowing practitioners to compare their cases easily with previously decided claims.