"Operation Greylord was the longest and most successful undercover investigation in FBI history, and the largest corruption bust ever in the U.S. It resulted in bribery and tax charges against 103 judges, lawyers, and other court personnel, and, eventually, more than seventy indictments. And it was led by Terrence Hake, a young assistant prosecutor in the Cook County State’s Attorney’s Office in Chicago, who worked undercover for nearly four years, accepting bribes, making payoffs, wearing a wire in bars and to racetracks, bugging a judge’s chambers, and befriending people he knew he would betray. Operation Greylord has never before been detailed by an insider in the investigation."
—Publisher's description
at 11:12 AM

Notorious RBG: The Life and Times of Ruth Bader Ginsburg 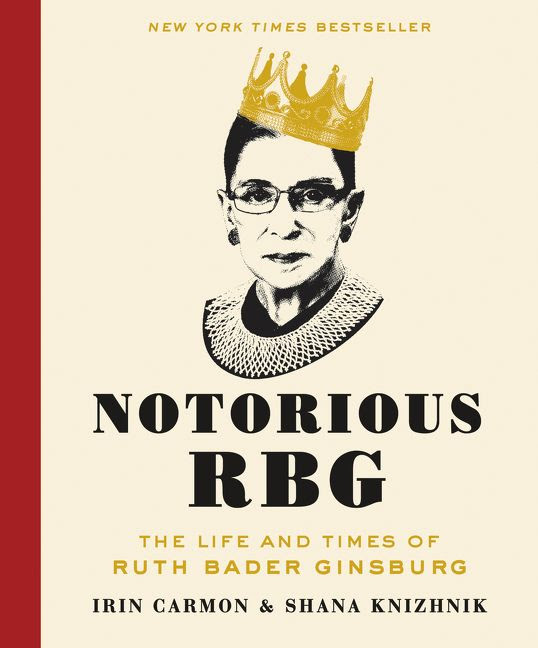 "Supreme Court Justice Ruth Bader Ginsburg never asked for fame—she was just trying to make the world a little better and a little freer. But along the way, the feminist pioneer's searing dissents and steely strength have inspired millions. Notorious RBG: The Life and Times of Ruth Bader Ginsburg, created by the young lawyer who began the Internet sensation and an award-winning journalist, takes you behind the myth for an intimate, irreverent look at the justice's life and work. As America struggles with the unfinished business of gender equality and civil rights, Ginsburg stays fierce. And if you don't know, now you know."
—Book jacket description
at 3:46 PM

The War on Terror and the Framework of International Law 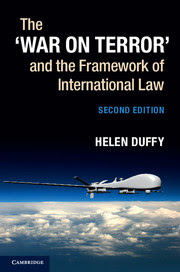 "Helen Duffy's analysis of international law and practice in relation to terrorism and counter-terrorism provides a framework for analysing the lawfulness of the many legislative, policy and judicial developments which have proliferated since 9/11. Among the many specific issues she addresses are targeted killings and the death of Osama bin Laden, detentions (including Guantanamo Bay), sanctions regimes, surveillance, extraordinary renditions, the prohibition on 'association' or 'support' for terrorism and the evolving preventive role of criminal law. She also considers the unfolding responses to political and judicial wrongs committed in the war on terror, such as the impact of the courts on human rights protection. While exploring areas of controversy, uncertainty and flux, she questions post-9/11 allegations of gaping holes, inadequacies or transformation in the international legal order and concludes by highlighting characteristics of the 'war on terror' and questioning its longer term implications." 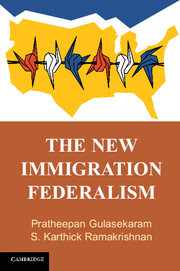 "Since 2004, the United States has seen a flurry of state and local laws dealing with unauthorized immigrants. Though initially restrictionist, these laws have recently undergone a dramatic shift toward promoting integration. How are we to make sense of this new immigration federalism? What are its causes? And what are its consequences for the federal-state balance of power? In The New Immigration Federalism, Professors Pratheepan Gulasekaram and S. Karthick Ramakrishnan provide answers to these questions using a mix of quantitative, historical, and doctrinal legal analysis. In so doing they refute the popular 'demographic necessity' argument put forward by anti-immigrant activists and politicians. Instead, they posit that immigration federalism is rooted in a political process that connects both federal and subfederal actors: the Polarized Change Model. Their model captures not only the spread of restrictionist legislation but also its abrupt turnaround in 2012, projecting valuable insights for the future."
—Publisher's description
at 10:58 AM

Imperial from the Beginning: The Constitution of the Original Executive


Saikrishna Bangalore Prakash (University of Virginia). Imperial from the Beginning: The Constitution of the Original Executive (Yale University Press, 2015).

"Eminent scholar Saikrishna Prakash offers the first truly comprehensive study of the original American presidency. Drawing from a vast range of sources both well known and obscure, this volume reconstructs the powers and duties of the nation’s chief executive at the Constitution’s founding. Among other subjects, Prakash examines the term and structure of the office of the president, as well as the president’s power as constitutional executor of the law, authority in foreign policy, role as commander in chief, level of control during emergencies, and relationship with the Congress, the courts, and the states. This ambitious and even-handed analysis counters numerous misconceptions about the presidency and fairly demonstrates that the office was seen as monarchical from its inception."
—Publisher's description 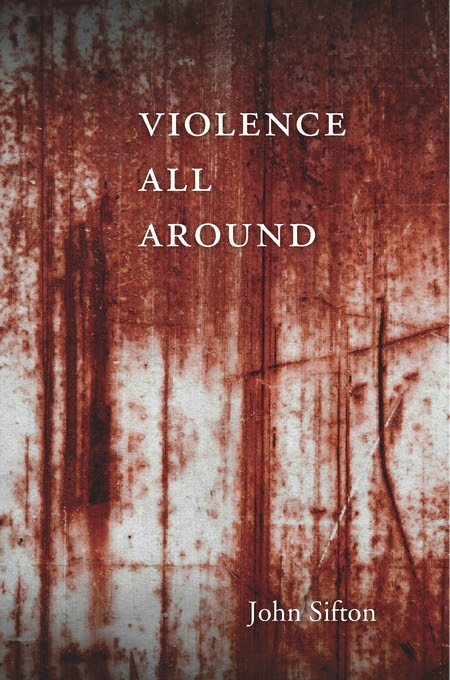 "A human rights lawyer travels to hot zones around the globe, before and after the September 11 attacks, to document abuses committed by warlords, terrorist groups, and government counterterrorism forces. Whether reporting on al Qaeda safe houses, the mechanics of the Pentagon’s smartest bombs, his interviews with politicians and ordinary civilians, or his own brush with death outside Kabul, John Sifton wants to help us understand violence—what it is, and how we think and speak about it.

For the human rights community, the global war on terror brought unprecedented challenges. Of special concern were the secret detention centers operated by the CIA as it expanded into a paramilitary force, and the harsh treatment of prisoners throughout Iraq and Afghanistan. In drafting legal memoranda that made domestic prosecution for these crimes impossible, Sifton argues, the United States possessed not only the detainees but the law itself. Sifton recounts his efforts to locate secret prisons and reflects on the historical development of sanctioned military or police violence—from hand-to-hand combat to the use of drones
—and the likelihood that technology will soon enable completely automated killing."
—Publisher's Website
at 11:22 AM

After Roe: The Lost History of the Abortion Debate 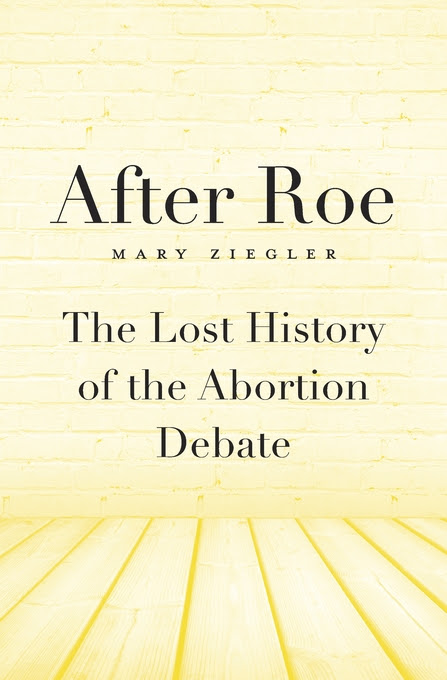 "In the early years after the decision, advocates on either side of the abortion battle sought common ground on issues from pregnancy discrimination to fetal research. Drawing on archives and more than 100 interviews with key participants, Ziegler’s revelations complicate the view that abortion rights proponents were insensitive to larger questions of racial and class injustice, and expose as caricature the idea that abortion opponents were inherently antifeminist. But over time, 'pro-abortion' and 'anti-abortion' positions hardened into 'pro-choice' and 'pro-life' categories in response to political pressures and compromises. This increasingly contentious back-and-forth produced the interpretation now taken for granted—that Roe was primarily a ruling on a woman’s right to choose."