The Leading Indicators: A Short History of the Numbers that Rule our World 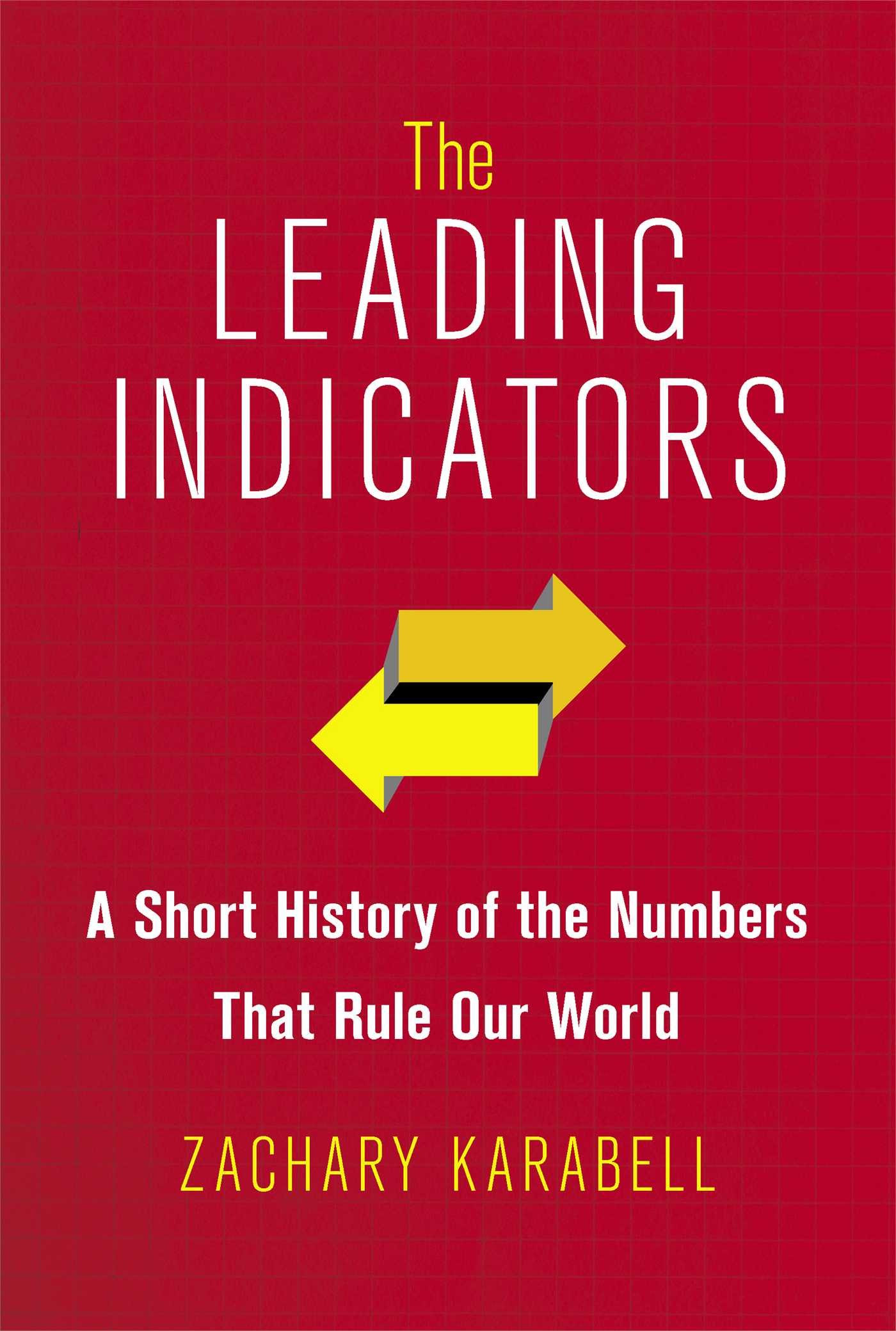 "Zachary Karabell’s lively account, 'The Leading Indicators,' is a terrific introduction to the range of statistics economists and governments use to address these questions. As Karabell tells us, the role of the government in the economy explains why we have the statistics we do: 'Until the early 20th century, significant economic hardship was so woven into human history and experience that it wasn’t yet seen as an aberration. Only the combination of a severe crisis and the belief that such crises not only could but should be prevented by collective government action led to the creation of unemployment statistics.' Karabell also shows how many judgment calls are involved in developing statistics. Even so seemingly straightforward a measure as unemployment requires assumptions — for example about how to treat transient workers or students or people who are working fewer hours than they would like."
—Diane Coyle, New York Times
at 11:00 AM

Reclaiming American Virtue: The Human Rights Revolution of the 1970's

"The American commitment to international rights emerged in the 1970s not as a logical outgrowth of American idealism but as a surprising response to national trauma, as Barbara Keys shows in this provocative history. Reclaiming American Virtue situates this novel enthusiasm as a reaction to the profound challenge of the Vietnam War and its tumultuous aftermath. Instead of looking inward for renewal, Americans on the right and left alike looked outward for ways to restore America's moral leadership. . . . [L]iberals and conservatives both saw human rights as a way of moving guilt to pride."
—Reclaiming American Virtue book jacket

Thomas Jefferson: The Art of Power 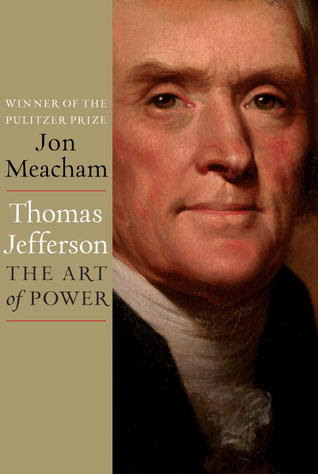 "Thomas Jefferson: The Art of Power gives us Jefferson the man, the politician, and the president, a great and complex Founder whose understanding of power and human nature enabled him to move men and marshal ideas, to learn from his mistakes and to prevail. Philosophers think; politicians maneuver. Jefferson's genius was that he was both and could do both, often simultaneously. Such is the art of power."

—Thomas Jefferson: The Art of Power book jacket
at 11:00 AM

Young Money: Inside the World of Wall Street's Post-Crash Recruits 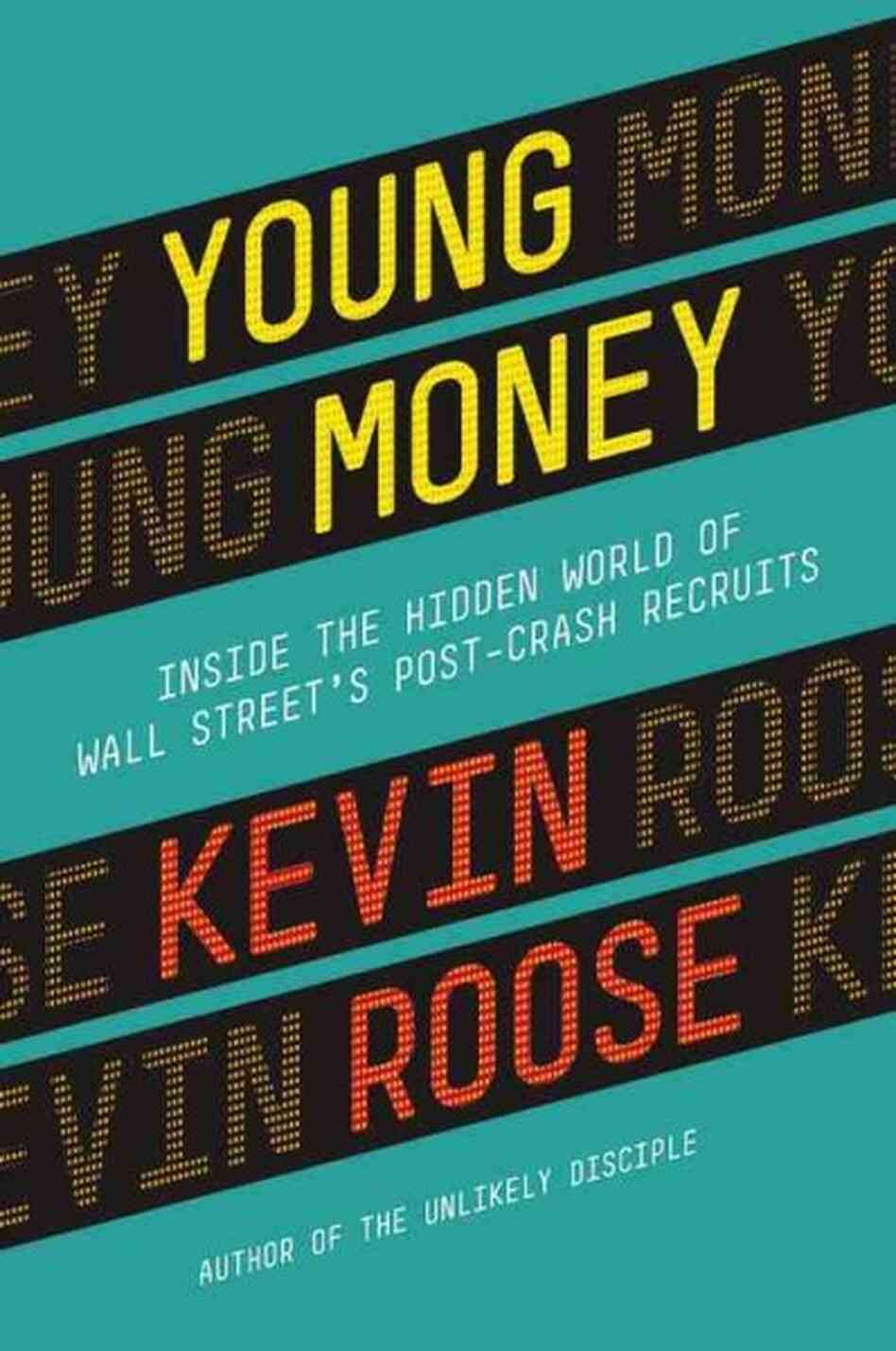 "Becoming a young Wall Street banker is like pledging the world's most lucrative and soul-crushing fraternity. Every year, thousands of eager college graduates are hired by the world's financial giants, where they're taught the secrets of making obscene amounts of money—as well as how to dress, talk, date, drink, and schmooze like real financiers. . . . Roose's Young bankers are exposed to the exhausting workloads, huge bonuses, and recreational drugs that have always characterized Wall Street life. But they experience something new, too: an industry forever changed by the massive financial collapse of 2008. And as they get their Wall Street educations, they face hard questions about morality, prestige, and the value of their work."
—Young Money book jacket 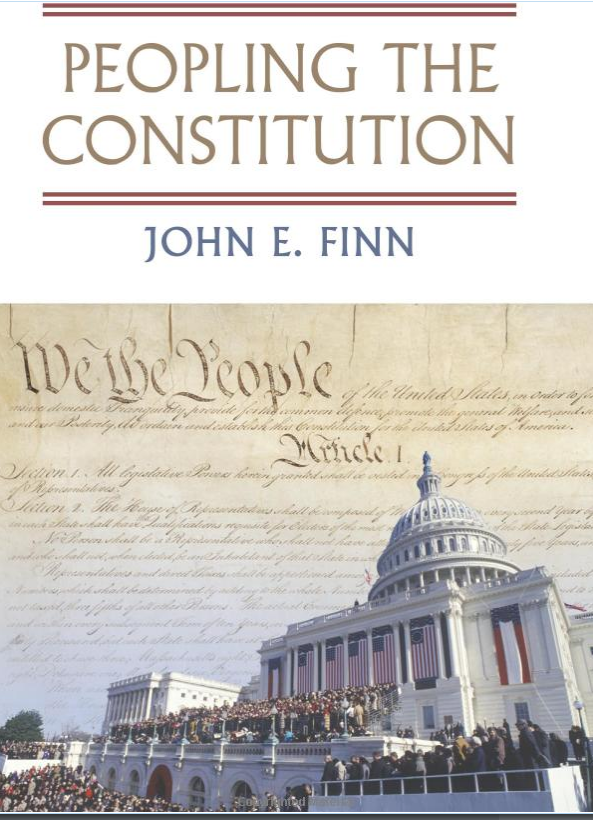 "This book outlines a very different view of the Constitution as a moral and philosophical statement about who we are as a nation. This 'Civic Constitution' constitutes us as a civic body politic, transforming 'the people' into a singular political entity. Juxtaposing this view with the legal model, the 'Juridic Constitution,' John E. Finn offers a comprehensive account of the Civic Constitution as a public affirmation of the shared principles of national self-identity, and as a particular vision of political community in which we the people play a significant and ongoing role in achieving a constitutional way of life. . . . With its multidimensional vision of constitutional governance, Finn's book stands as a corrective to accounts that locate the Constitution in and conceive it essentially as a legal instrument, making a powerful and impassioned argument for restoring the people to their rightful place in the politics and practice of the Constitution."
—From book jacket 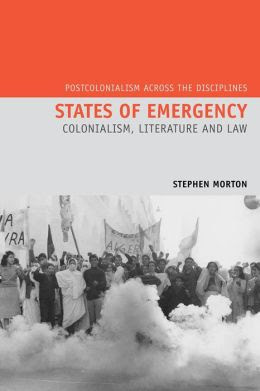 "States of Emergency . . . examines how violent anti-colonial struggles and the legal, military and political techniques employed by colonial governments to contain them have been imagined in literature and law. Through a series of case studies, the book considers how colonial states of exception have been defined and represented in the contexts of Ireland, India, South Africa, Algeria, Kenya and Israel-Palestine, and concludes with an assessment of the continuities between these colonial states of emergency and the 'wars on terror' in Iraq and Afghanistan. By doing so, the book considers how techniques of sovereignty, law and violence are reconfigured in the colonial present."

"New York Times Co. v. Sullivan, credited with defining the central meaning of the First Amendment, has protected the freedom of expression for the past 50 years. This compelling work of historical non-fiction focuses on the progeny of that decision, examining how Justice Brennan nurtured and developed the constitutional law of defamation and related claims.

The book draws on the previously unreported papers of Justice Brennan and several of his colleagues and, through them as well as author Stephen Wermiel's private interviews with Brennan, provides the authoritative historical account of how an important body of constitutional law came to be. The Progeny offers fresh insights with respect to both what the law means and the process by which it was formulated."
—From publisher's website
at 3:49 PM

Uncharted: Big Data as a Lens on Human Culture 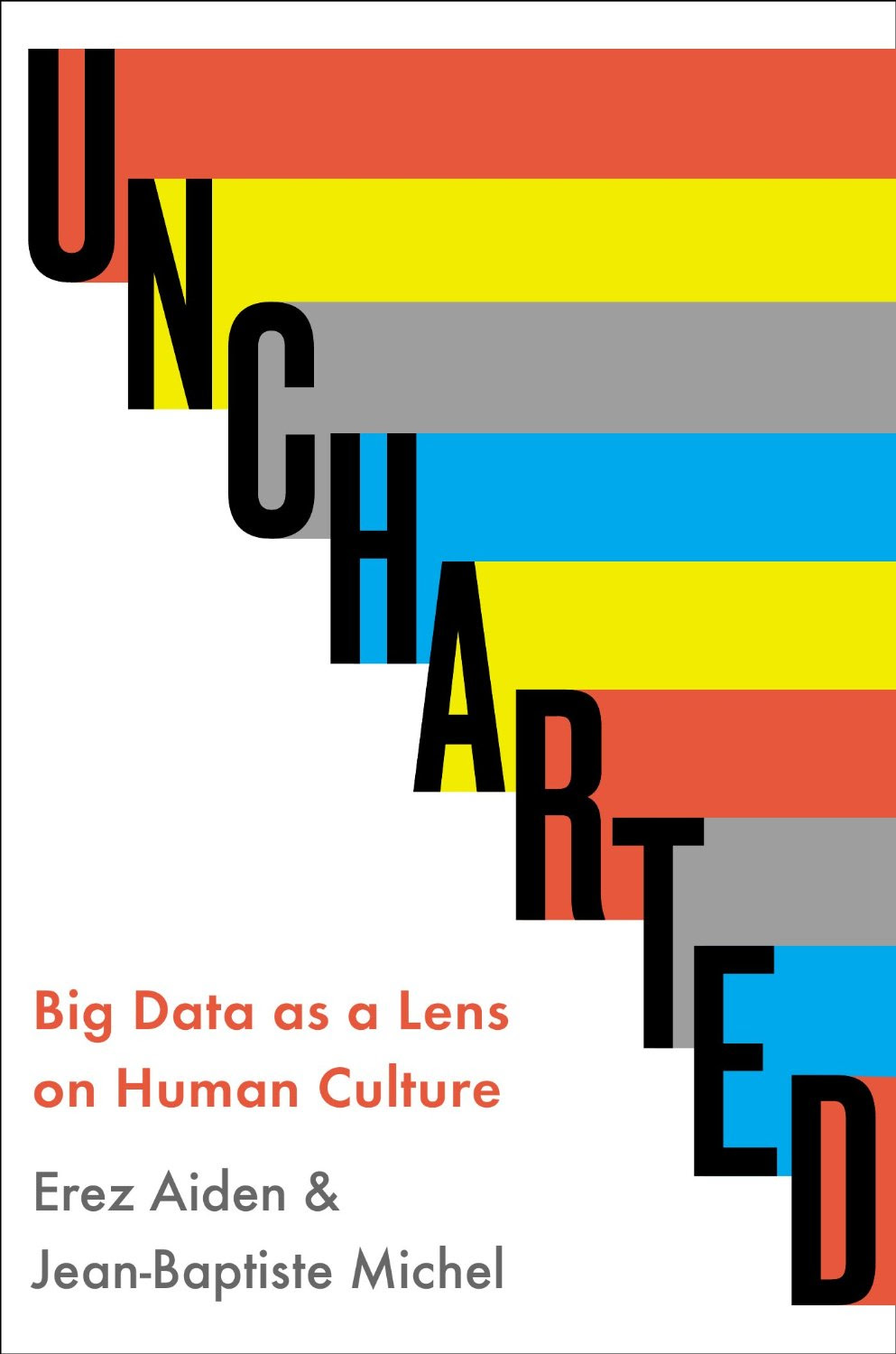 "[Uncharted] tells the story of how Aiden and Michel built . . . an addictive online tool called the Google Ngram Viewer.

Based on the belief that 'the books of a particular time and place are among the most important sources of information about that time and that place,' the Ngram Viewer instantly reads the texts of about 6 percent of all books ever published (yes, you read that correctly) to produce line graphs charting the frequency of certain words over a certain period of time.

'Very cool,' you say. 'But so what?' Erez and Michel, who call their work 'culturomics' are still, to a degree, working that out. 'This is the frontier of science,' they write. 'There is no map, lots of guesswork, and plenty of blind alleys, but there's no place better.' What is clear, however, is the Ngram Viewer's staggering potential to reveal hidden parts of our world."
—John Wilwol, San Francisco Chronicle
at 3:37 PM

The Culturalization of Human Rights Law

"The idea of multi-culturalism has had a significant impact across many areas of law. This book explores how it has shaped the recent development of international human rights law. Custodians of human rights, especially international monitoring bodies, try to advance the effectiveness of human rights standards by interpreting these standards according to a method strongly inspired by the idea of cultural pluralism. Human rights are therefore evolving from the traditional 'universal' idea, to a 'multi-cultural' one, whereby rights are interpreted to respond to the needs of the communities and individuals directly concerned."

—The Culturalization of Human Rights Law book jacket
at 10:00 AM

The Moral Imagination: The Art and Soul of Building Peace 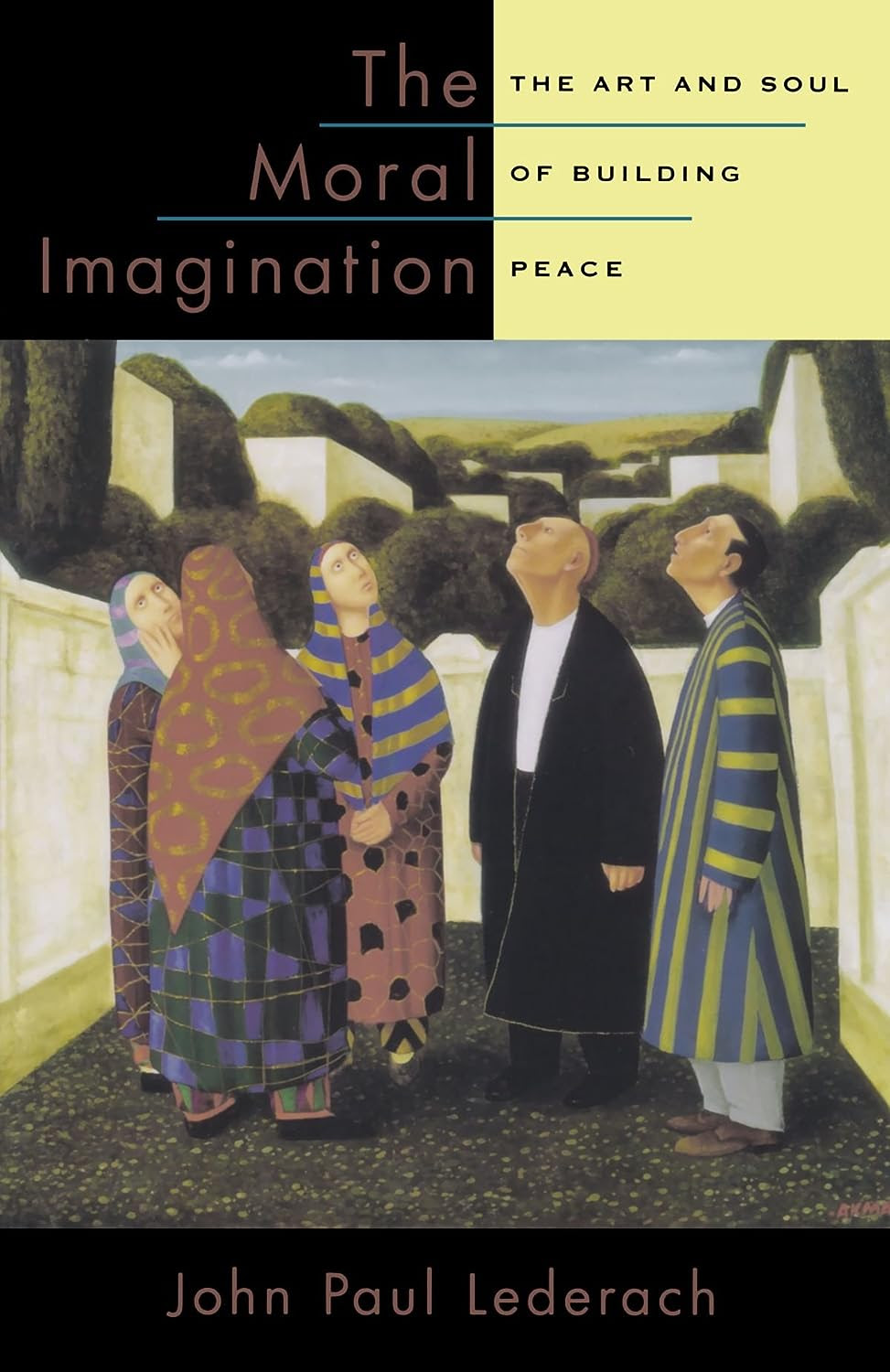 "This book poses the question, 'How do we transcend the cycles of violence that bewitch our human community while still living in them?' Peacebuilding, in the view of this book, is both a learned skill and an art. Finding this art, this book says, requires a worldview shift. Conflict professionals must envision their work as a creative act—an exercise of what the book terms the 'moral imagination.' This imagination must, however, emerge from and speak to the hard realities of human affairs. The peacebuilder must have one foot in what is and one foot beyond what exists. . . . The [book's] purpose is not to propose a grand new theory; instead it wishes to stay close to the 'messiness' of real processes and change, and to recognize the serendipitous nature of the discoveries and insights that emerge along the way."
—From publisher's website
at 10:00 AM

In the Public Interest: Medical Licensing and the Disciplinary Process

"Ruth Horowitz traces the history of medical licensure and the mechanisms that democratic societies have developed to certify doctors to deliver critical services. Combining her skills as a public member of medical licensing boards and as an ethnographer, Horowitz illuminates the workings of the crucial public institutions charged with maintaining public safety. She demonstrates the complex agendas different actors bring to board deliberations, the variations in the board authority across the country, the unevenly distributed institutional resources available to board members, and the difficulties non-physician members face as they struggle to balance interests of the parties involved.

In the Public Interest suggests new procedures, resource allocation, and educational initiatives to increase physician oversight. Horowitz makes the case for regulations modeled after deliberative democracy that promise to open debates to the general public and allow public members to take a more active part in the decision-making process that affects vital community interests."