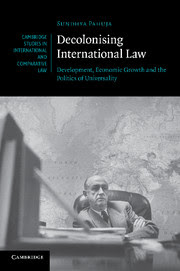 "The universal promise of contemporary international law has long inspired countries of the Global South to use it as an important field of contestation over global inequality. Taking three central examples, Sundhya Pahuja argues that this promise has been subsumed within a universal claim for a particular way of life by the idea of 'development'. As the horizon of the promised transformation and concomitant equality has receded ever further, international law has legitimised an ever-increasing sphere of intervention in the Third World."
—Decolonizing International Law book jacket
at 1:48 PM

Justice among Nations: A History of International Law 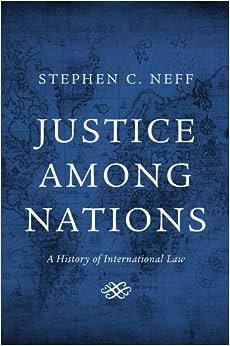 "Stephen Neff avoids technical jargon as he surveys doctrines from natural law to feminism, and practices from the Warring States of China to the international criminal courts of today. Ancient China produced the first rudimentary set of doctrines. But the cornerstone of later international law was laid by the Romans, in the form of natural law—a universal law that was superior to early laws and governments. . . . New challenges in the nineteenth century encompassed the advance of nationalism, the rise of free trade and European imperialism, the formation of international organizations, and the arbitration of disputes. . . . The twentieth century witnessed the formation of the League of Nations and a World Court, but also the rise of socialist and fascist states and the advent of the Cold War. . . . . As Neff makes clear, further threats to the rule of law today come from environmental pressures, genocide, and terrorism."—Justice among Nations book jacket
at 2:02 PM

Polygamy's Rights and Wrongs: Perspectives on Harm, Family and Law

"Assumptions about the harmful nature of polygamy have left little room for debate, the monogamy coming to represent a hallmark of advanced societies, and polygamy the immoral alternative. Yet in this volume, eleven scholars ask whether this condemnation is justified by examining, among other perspectives, the lived experiences of polygamous families. In essays that fearlessly face difficult questions of choice, dignity, and love, the authors seek to complicate a conversation that is more often simplified."
—Polygamy's Rights and Wrongs book jacket
at 1:05 PM "Property has long played a central role in political and moral philosophy. Philosophers dealing with property have tended to follow the consensus that property has no special content but is a protean construct - a mere placeholder for theories aimed at questions of distributive justice and efficiency. Until recently there has been a relative absence of serious philosophical attention paid to the various doctrines that shape the actual law of property. If the philosophy of property is to be more attentive to concepts lying between broad considerations of political philosophy and distributive justice on the one hand and individual rules on the other, what in this broad space needs explaining, and how might we justify what we find?"
—From publisher's website

The Rise and Decline of American Religious Freedom 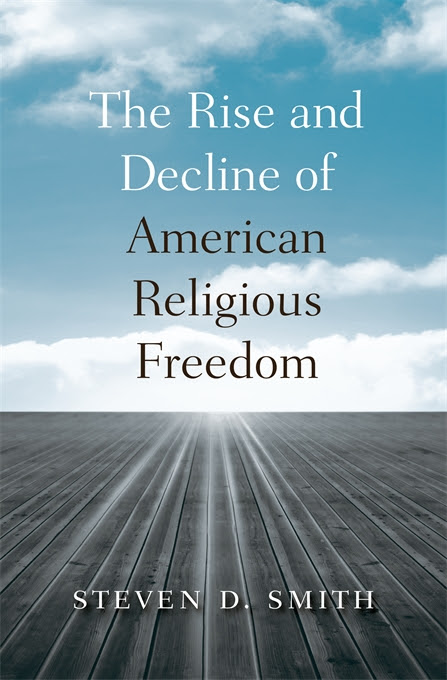 "Smith maintains that the distinctive American contribution to religious freedom was not in the First Amendment, which was intended merely to preserve the political status quo in matters of religion. What was important was the commitment to open contestation between secularist and providentialist understandings of the nation which evolved over the nineteenth century. In the twentieth century, far from vindicating constitutional principles, as conventional wisdom suggests, the Supreme Court imposed secular neutrality, which effectively repudiated this commitment to open contestation."
—The Rise and Decline of American Religious Freedom book jacket
at 1:22 PM 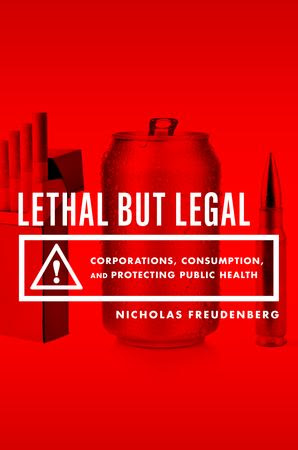 "Decisions made by six industries—food, tobacco, alcohol, pharmaceutical, gun, and auto—have a greater impact on today's health than the decisions made by scientists and policymakers. As the collective influence of corporations has grown, governments have increasingly stepped back and allowed for decisions that benefit corporate profit at the expense of public health.  Lethal but Legal examines how corporations have shaped—and plagued—public helath over the last century, beginning in industrialized countries and then moving into less-regualted developing regions.  It is both a current history of corporate antagonism towards health and an analysis of the emerging movements that are challenging those practices."
—Lethal but Legal book jacket
at 12:32 PM

Dante and the Limits of the Law

"In Dante and the Limits of the Law, Justin Steinberg offers the first comprehensive study of the legal structure essential to Dante's Divine Comedy.  Steinberg reveals how Dante imagines an afterlife dominated by sophisticated laws, hierarchical jurisdictions, and rationalized punishments and rewards. He makes the compelling case that Dante deliberately exploits this highly structured legal system to explore the phenomenon of exceptions to it, crucially introducing Dante to current debates about literature's relation to law exceptionality, and sovereignty."
—Dante and the Limits of the Law book jacket
at 12:34 PM

Deconstructing Dignity: A Critique of the Right-to-Die Debate 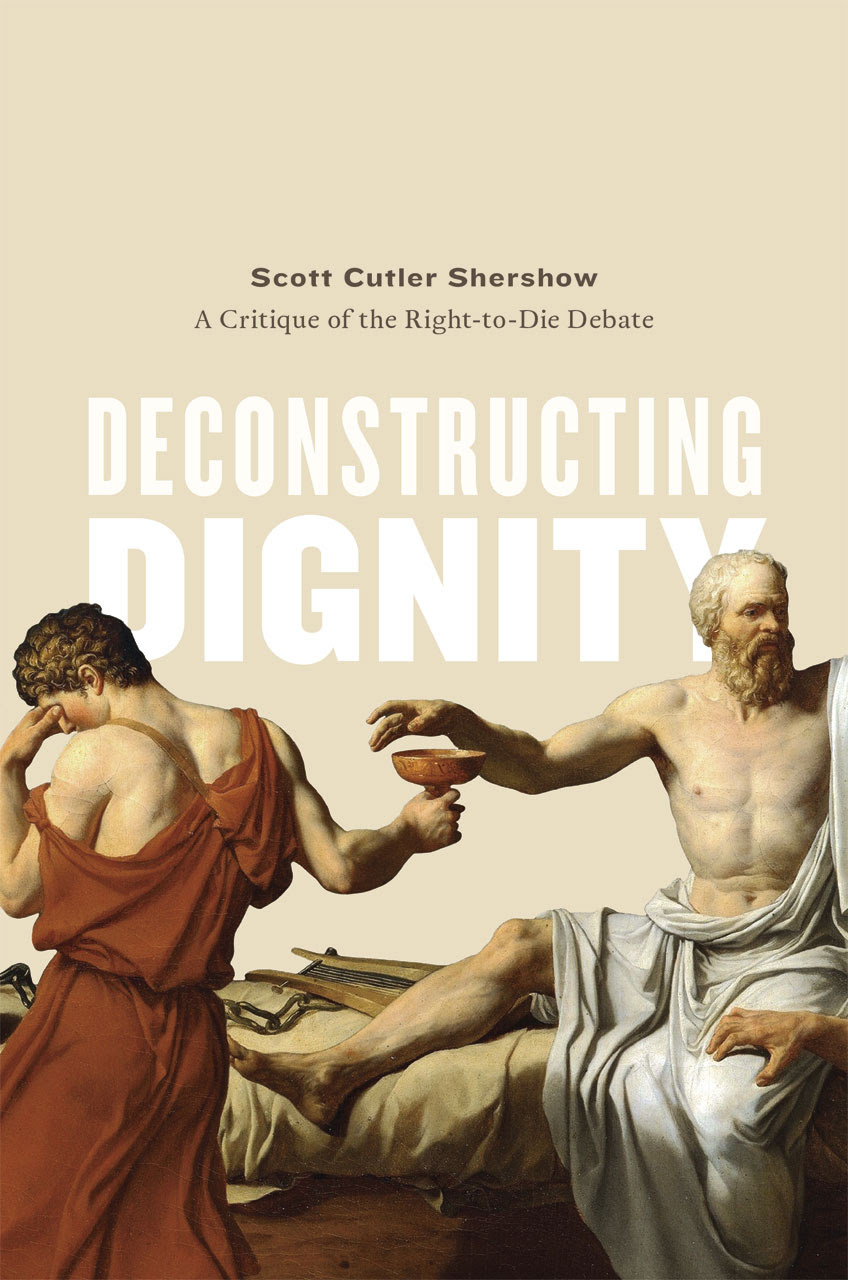 "Deconstructing Dignity is an excellent book.  It is well conceived and wonderfully executed.  It not only intervenes in this particular debate on the right to die but takes up important and long-standing concepts and problems in the history of philosophy and culture; it dismantles vapid truisms and opens onto the possibility of a thought of life—and death—that is not always already lost within life's supposed dignity and sanctity."
—David E. Johnson, University at Buffalo, SUNY.
at 2:44 PM

Act of Congress: How America's Essential Institution Works, and How it Doesn't 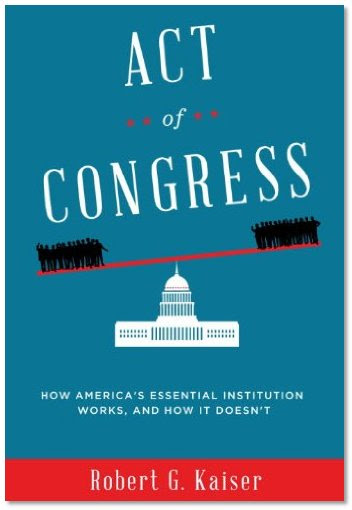 
"Mr. Kaiser, a 50-year veteran of the Washington Post, secured the cooperation of the bill's namesakes, former Connecticut Sen. Chris Dodd and former Massachusetts Rep. Barney Frank, as well as that of their closest aides. (Mr. Dodd chaired the Senate Banking Committee, Mr. Frank the House Financial Services Committee.) Act of Congress thus offers a detailed 'tick-tock,' taking the reader through the bill's origins and drafting as well as the unsightly process by which it became law. . . . What makes Act of Congress a somewhat surprising addition to the Broken Congress genre is that Dodd-Frank would seem to be an example of the system working: Politicians responded to the perceived needs of their constituents, and a bill was passed. Yet, Mr. Kaiser argues, the process itself illustrated what's wrong with Washington, and the legislation ultimately passed more because of luck and circumstance than the wisdom of judicious lawmakers."
—Jonathan Martin, Wall Street Journal
at 11:59 AM