Falling Short: The Coming Retirement Crisis and What to Do About It "The United States faces a serious retirement challenge. Many of today's workers will lack the resources to retire at traditional ages and maintain their standard of living in retirement. Solving the problem is a major challenge in today's environment in which risk and responsibility have shifted from government and employers to individuals. For this reason, Charles D. Ellis, Alicia H. Munnell, and Andrew D. Eschtruth have written this concise guide for anyone concerned about their own - and the nation's - retirement security. . . . Falling Short is grounded in sound research yet written in a highly accessible style. The authors provide a vivid picture of the retirement crisis in America. They offer the necessary context for understanding the nature and size of the retirement income shortfall, which is caused by both increasing income needs-due to longer lifespans and rising health costs-and decreasing support from Social Security and employer-sponsored pension plans."
—Publisher's description
at 6:04 PM 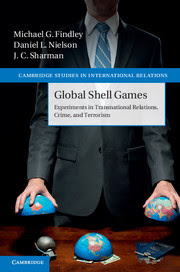 "Every year a staggering number of unidentified shell corporations succeed in hiding perpetrators of terrorist financing, corruption and illegal arms trades, but the degree to which firms flout global identification standards remains unknown. Adopting a unique, experimental methodology, Global Shell Games attempts to unveil the sordid world of anonymous shell corporations. Posing as twenty-one different international consultants, the authors approached nearly 4,000 services in over 180 countries to discover just how easy it is to form an untraceable company. Combining rigorous quantitative analysis, qualitative investigation of responses and lurid news reports, this book makes a significant research contribution to compliance with international law and international crime and terrorism whilst offering a novel, new approach to the field of political science research."
—From publisher's website
at 10:23 AM

Culture Crash: The Killing of the Creative Class

"Scott Timberg considers the human cost as well as the unintended consequences of shuttered record stores, decimated newspapers, music piracy, and a general attitude of indifference. He identifies social tensions and contradictions—most concerning the artist’s place in society—that have plunged the creative class into a fight for survival. Timberg shows how America’s now-collapsing middlebrow culture—a culture once derided by intellectuals like Dwight Macdonald—appears, from today’s vantage point, to have been at least a Silver Age. Timberg’s reporting is essential reading for anyone who works in the world of culture, knows someone who does, or cares about the work creative artists produce."
—Publisher’s website

Imprisoned by the Past: Warren McCleskey and the American Death Penalty 
"McCleskey's criminal law case resulted in one of the most important Supreme Court cases in U.S. legal history, where the Court confronted evidence of racial discrimination in the administration of capital punishment. The case marks the last that the Supreme Court realistically might have held that capital punishment violates the Eighth Amendment of the U.S. Constitution. As such, the constitutional law case also created a turning point in the death penalty debate in the country. The book connects McCleskey's case—as well as his life and crime—to the issues that have haunted the American death penalty debate since the first executions by early settlers and that still affect the legal system today."
—Publisher's description

The (Honest) Truth about Dishonesty: How We Lie to Everyone—Especially Ourselves 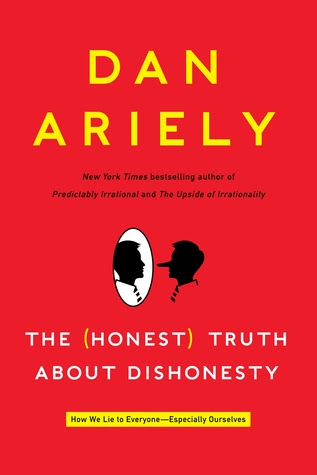 "Mr. Ariely, a professor of psychology and behavioral economics at Duke University, sets out to ask why and when cheating occurs, whether it is useful and how it can be discouraged. He also defines the paradoxical nature of dishonesty. In a conversational style drawn straight from the classroom he promises that 'we will discuss what makes dishonesty rear its ugly head and how we cheat for our own benefit while maintaining a positive view of ourselves — a facet of our behavior that enables much of our dishonesty.') He will do this by staging many small, simple experiments that grapple with the obvious in science-made-easy fashion. . . . For instance: If a refrigerator in a college dormitory contains cans of Coca-Cola and dollar bills, which will disappear faster? Hints: College students don’t often want to perceive themselves as thieves. And they are often thirsty."
—Janet Maslin, New York Times
at 5:00 PM